Why is February Black History Month?

In 1926  Carter G. Woodson and the Association for the Study of Negro Life and History decided that the second week of February would be “Negro History Week”.  This was decided because of Abraham Lincoln and Fredrick Douglass’s birthdays.  In 1969, the Black United Students at Kent State University decided that it should be the entire month, prompting those students to propose it to the board and one year later, they celebrated Black History all month long. In 1976, Gerald Ford made it nationally recognized and urged everyone to “seize the opportunity to honor the too-often neglected accomplishments of black Americans in every area of endeavor throughout our history.”

So, now that it is February (although a few days late), we will be honoring some of the African Americans of our past that have done amazing things for America!

The ABC’s of Black History Month

Lorde was born in New York City to parents Fredrick and Linda who were from Barbados and Carriacou.  Audre was born Audrey but later dropped the Y due to the interest in the artistic semetry of e-endings.  Lorde wrote her first poem by the eighth grade.  While studying library science, she supported herself by working many different jobs including, factory worker, ghost writer, social worker, X-ray technician, medical clerk, and arts and crafts supervisor.  After moving out of Harlem, she began to explore her lesbian sexuality.
In 1954, she spent a year at the National University of Mexico which is deemed as a pivitol year for her.  She described it as a time of affirmation and renewal where she confirmed her identity on personal and artistic levels as a lesbian and a poet.  She returned to New York where she then went back to school, worked as a librarian, and was very active in the gay culture of Greenwich Villiage. Not only was she very active in the gay culture but she was an active feminist who in her work attacked underlying racism within feminism, describing it as unrecognized dependence on the patriarchy. She argued that, by denying difference in the category of women, white feminists merely passed on old systems of oppression and that, in so doing, they were preventing any real, lasting change. Her argument aligned white feminists with white male slave-masters, describing both as “agents of oppression”

Evenutally, she earned her Master’s Degree in library science from Columbia University  She had two children, Elizabeth and Jonathon, but divorced their father in 1970.  She had other romantic partners for the remainder of her life, which came to an end on November 17, 1992.  She was in St. Croix and had died of liver cancer, although she had fought breast cancer for 14 years.  She was only 58.
In her own words, she was a” black, lesbian, mother, warrior, and poet.  In an African naming ceremony before her death, Lorde became Gambda Adisa, which means “Warrior: She Who Makes Her Meaning Known.”
Her Work

Bayard Rustin was a leader in the social movement for civil rights, socialism, pacifism, non-violence, and gay rights.  He was born and raised in Pennsylvania but in 1936 he moved to Harlem where he made a living as a nightclub and stage singer.  He was a leading activist on the early 1947-1955 civil rights movement and helped initiate a 1947 Freedom Ride.  He helped organize the SOuthern Christian Leadership Conference to strengthen Dr. King’s leadership.  He promoted nonviolence and the practices of nonviolent resistance.  He learned this while he worked with Gandhi’s movement in India.  He was also the chief organizer of the 1963 March on Washington for Jobs and Freedom.  He also influenced young activists such as Tom Kahn and Stokely Carmichael in the organizations such as Congress on Racial Equality and the Student Nonviolent Coordinating Committee.
Due to Rustin being a gay may and homosexuality being outlawed in some parts of the United States, he was arrested.  This was criticized by may of his fellow pacifists and civil rights leaders.  Many of his political opponents attacked him by calling him a  “pervert” or “immoral influence”.  In addition, his pre-1941 Communist Party affiliation when he was a young man was controversial. Due to these attacks his didn’t speak publicly too much.  He usually acted as an influential adviser to civil-rights leaders. In the 1970s, he became a public advocate on behalf of gay and lesbian causes.
On November 20, 2013, President Barack Obama posthumously awarded Rustin the Presidential Medal of Freedom. 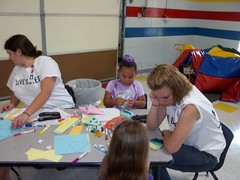 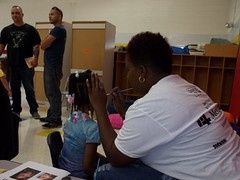